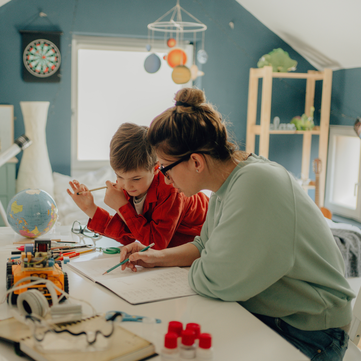 “Impossible is just an opinion.”
​
This quote by Paulo Coelho perfectly resonates with the life of Jess Arce, a dyslexic woman who braved the struggles brought by her learning difference and decided to live and work with it until she finally achieved success.

Jess Arce, America’s Dyslexia Expert, is the Program Director of 3D Learning Experts and the COO of I Am NOT Dumb, Inc. Jess is a self-diagnosed dyslexic. Her mom was officially diagnosed Dyslexic by Yale in the 40s. And even if at a young age, Jess was already showing signs of dyslexia, her mom knew very little about what this condition was.

Fast forward to the future,  Jess became a dyslexia tutor and she educated her mom, proving that despite the late diagnosis, adults can still get help with their dyslexia.

Another interesting part of Jess’ life is that she unknowingly married a fellow dyslexic. They raised four children, two of them were officially diagnosed with dyslexia and all four have a total of eight neurodiversity. Did Jess see this as a major problem? No. She chose to have a positive approach and little did she know, the uniqueness of her family would lead to the beginning of her success.
After helping her own kids learn, she inadvertently began helping others with the same struggles when two homeschool families asked Jess to help their children. That was when Jess realized her true calling in life and later decided to shift career. Jess began by teaching dyslexic students how to read and spell, and within a few years, she incorporated multisensory math tutoring into her services.

In 2005, Jess received certifications as a Dyslexia specialist, tutor and screener.  She has an extensive background in using multi-sensory techniques including teaching preschoolers, serving as an elementary school substitute teacher, and teaching homeschool classes, as well as homeschooling three of her own children. A few years in, she began coaching parents to learn how to confidently homeschool their children with learning differences. Jess never imagined that from being a young lady who was unaware of why her brain seems to work differently than the others, she would become a major inspiration and a big help to her fellow dyslexics.

Today, Coach Jess focuses on training her staff of tutors with the use of Orton-Gillingham and multisensory techniques. She also gives time for speaking out publicly in order to increase awareness and help families experience harmony.  Most of all, it is also a passion of Jess to give back and help close the gap by volunteering time to at-risk youths who have dyslexia. ​By doing this, she hopes to contribute to lessening the number of dyslexic individuals who end up in prison or becoming jobless and homeless. According to a study conducted by the University of Texas Medical Branch and Texas Department of Criminal Justice in 2001, 48% of the prison population have dyslexia. This could be prevented if these people, who probably are not even aware of their learning difference, will be given the right kind of education early on.

As a dyslexic, Jess believes that all people with learning differences deserve to have a bright future and she will continue to advocate for each and every one of them. If there’s one thing Jess wants people to learn from her success story, it is for people to learn how to thrive rather than just survive.

Monday-Thursday: 9 am - 6 pm      Friday: 9 am - 3 pm
Pacific Time
Learn about our Private Policy here.
Become our affiliate! Learn more about our Affiliate Program here.
3D Learning Experts is an affiliate to several companies. If you're clicking on a link, we may receive compensation for a product or service.